Do you Really Need a Business Portrait?

In the last 20 years, we’ve seen communication move from land lines to mobile and from mobile to increased usage of internet technology like “Skype”. Communication is becoming increasingly face to face (though not in the physical sense) as video chat and conferencing become ever more mainstream. A business portrait is crucial to attract customers.

Before someone picks up the phone to call you (or your company), they’ve probably already checked out your Linkedin* profile (and been frustrated if there’s no photo or a photo that’s so small they can’t tell what you look like), your Facebook page and your company’s various social profiles and website “team” pages. Does the collective information paint an accurate picture of your company or is “cohesive” the last word that comes to mind? 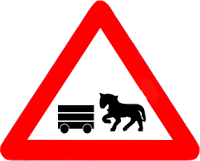 Don’t put the cart before the horse… In an increasingly online world, first impressions are all about internet presence and much less about a first phone call. If your representation of “you” is a bikini-clad photo from your last vacation to Puerta Vallarta (and yes, we’ve seen these on Linkedin), or your Facebook photos are public (and let’s just say that some of them shouldn’t be) or your team photos were taken over a five-year period by five different photographers in five different locations, then it might be time to start planning your new “first impression” for that increasingly-savvy potential client; the one who is looking for professional, approachable and reliable, the one who can surf through five companies in five minutes before he picks up the phone and ultimately, the one who might decide on your company because the people look so approachable. So yes, you do need a good business portrait because in an online world, that first impression is where a potential business relationship begins. See examples.

*As an addendum, according to a recent online Forbes article (click here for full article), Linkedin career expert Nicole Williams said, “One of the biggest mistakes I see is no photo. You’re seven times more likely to have your profile viewed if you have one. Like a house that’s on sale, the assumption is that if there’s no photo, something’s wrong.” She also says, “Unless you’re getting hired for a modeling gig, people are just looking for energy, which you can communicate through great posture, open eyes and a smile.”

Sorry, the comment form is closed at this time.

Unofficially, I've lived in the USA for 30+ years after narrowly escaping a rainy future in England. I can discuss American politics but not English ones, unless you count the politics of the school playground. I love chess. I've won one lottery (although there was no cash involved, just an elusive Green Card). I play six-degrees-of-separation for fun and find that in Denver, it's usually only two or three degrees (even if it's the President or a Hollywood movie star and sometimes it's one and the same). I have seen one low-flying, UFO in broad daylight. I am completely in love with my dog, Bodhi, who lives up to his name in every way (a being of wisdom and enlightenment). I am bummed (how's that for eloquence) that neither DaVinci or Einstein are still anchored to Terra Firma because I'd love to meet them, sit around a fountain somewhere (hopefully with an Americano in hand) and ask them what their take is on "Life, The Universe and Everything"... (Thank you Douglas Adams.) I love "Game of Thrones", "Homeland" and all things "Shameless". And I love being in the business of photography.