Infrared Film: A Quick How To.

Once upon a time, I shot a ton of infrared film… Actual infrared film. It was awesome. The worst time of day to shoot for all other films (noon) was the best time to shoot for infrared. I loved it. I used both 35mm and 4×5 film and even purchased a panoramic Hasselblad camera that I used exclusively for my midday excursions. My film of choice was Kodak High Speed Infrared which has since been discontinued.

It is true that you can take a digital file and achieve a pretty good imitation in Photoshop, but it’s not the same thing as the pure, organic, hard slog and ultimate satisfaction of mastering infrared photography. Sigh. I miss it.

If you want to try it, there are a few things to keep in mind:

Below image is at the Japanese Garden in Denver Botanic Gardens. 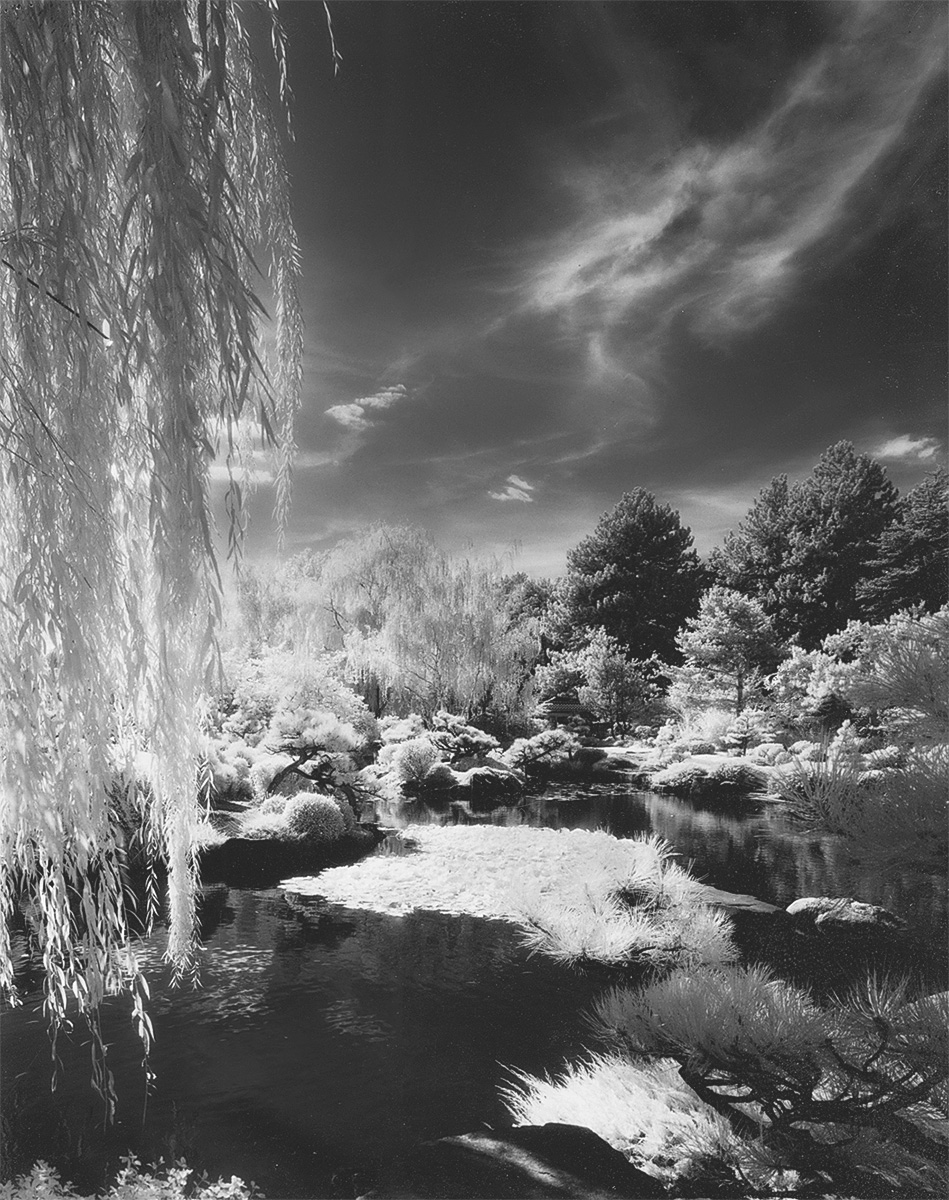 Sorry, the comment form is closed at this time.

Unofficially, I've lived in the USA for 30+ years after narrowly escaping a rainy future in England. I can discuss American politics but not English ones, unless you count the politics of the school playground. I love chess. I've won one lottery (although there was no cash involved, just an elusive Green Card). I play six-degrees-of-separation for fun and find that in Denver, it's usually only two or three degrees (even if it's the President or a Hollywood movie star and sometimes it's one and the same). I have seen one low-flying, UFO in broad daylight. I am completely in love with my dog, Bodhi, who lives up to his name in every way (a being of wisdom and enlightenment). I am bummed (how's that for eloquence) that neither DaVinci or Einstein are still anchored to Terra Firma because I'd love to meet them, sit around a fountain somewhere (hopefully with an Americano in hand) and ask them what their take is on "Life, The Universe and Everything"... (Thank you Douglas Adams.) I love "Game of Thrones", "Homeland" and all things "Shameless". And I love being in the business of photography.